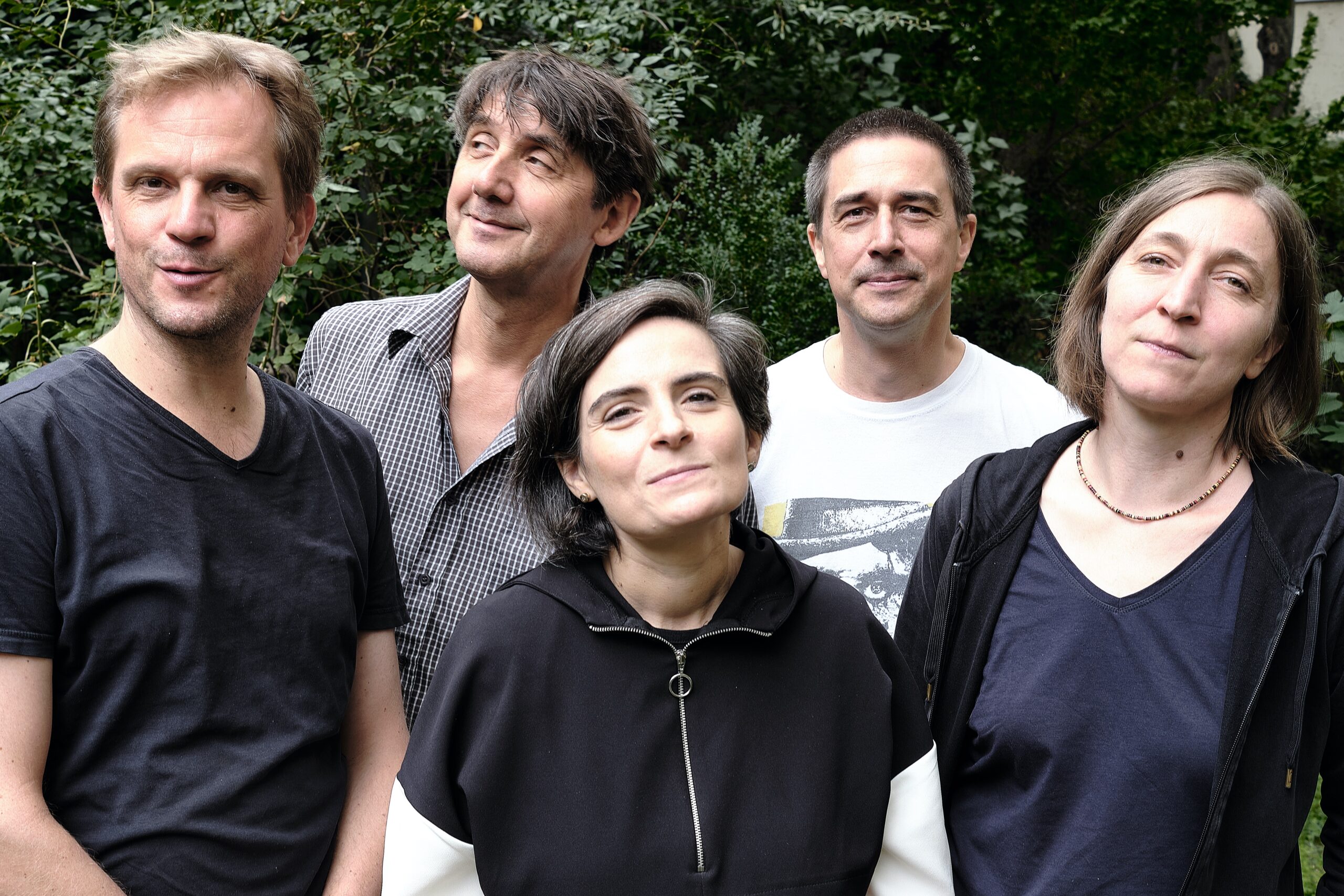 Founded in 2012 as a quartet, the ensemble has been playing as a quintet since the spring of 2022. Five musicians, all of them rooted in Jazz and improvised music, transform Bob Dylan ́s work with the tools of their own musical backgrounds. With four horns and drums, the band creates a caleidoscope of sounds and grooves: fragile, chamber-music-like parts meet dense collective improvisations, the sound of a brass band collides with polyphonic layers.  read more

Some of the selected Dylan songs are arranged in their entirety for ABSOLUTELY SWEET MARIE, some are put in a new musical context. However, often only a fragment of a song serves as a starting point and provides the raw material for a new original composition.

“Wherever You Roam”, released in 2020, is the band’s third CD on the musician’s own label TIGER MOON RECORDS and gathers pieces from Dylan’s very different creative phases. In addition to arrangements that are quite new to the program, there are some pieces that the band has played and worked on over and over at numerous concerts. “Wherever You Roam” is a successful snapshot and testimony of the vivid and adventurous playing of the quartet ABSOLUTELY SWEET MARIE. 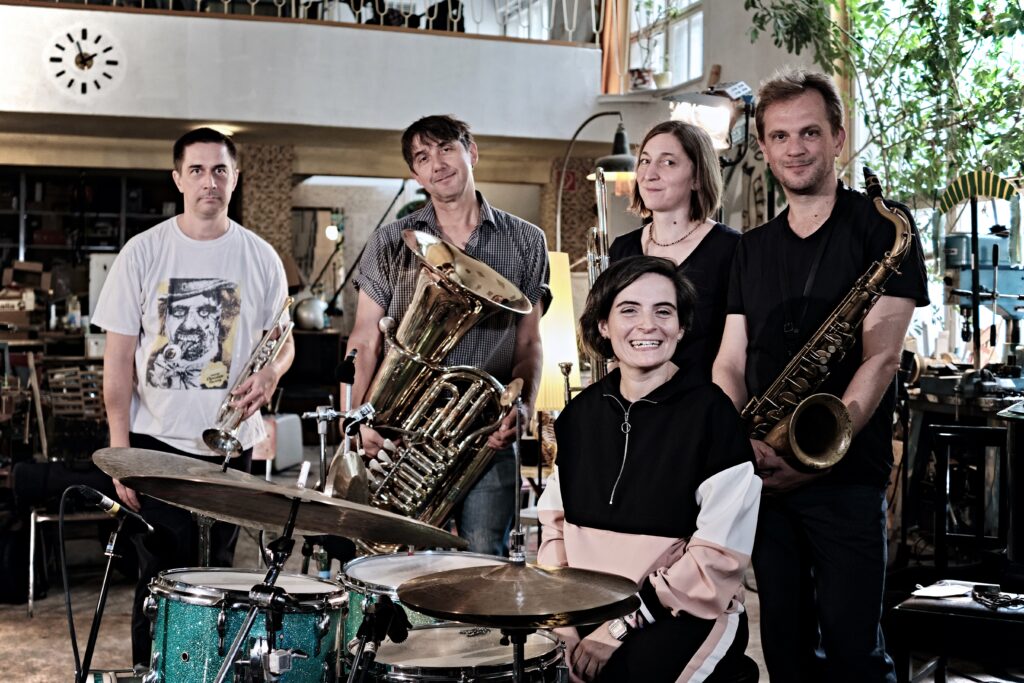 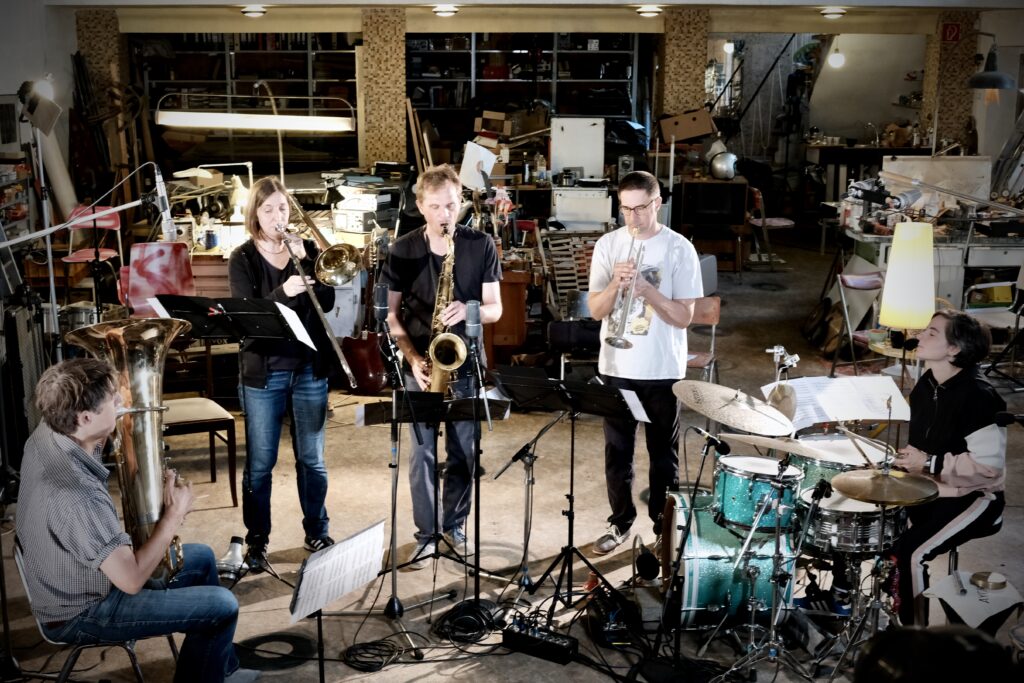 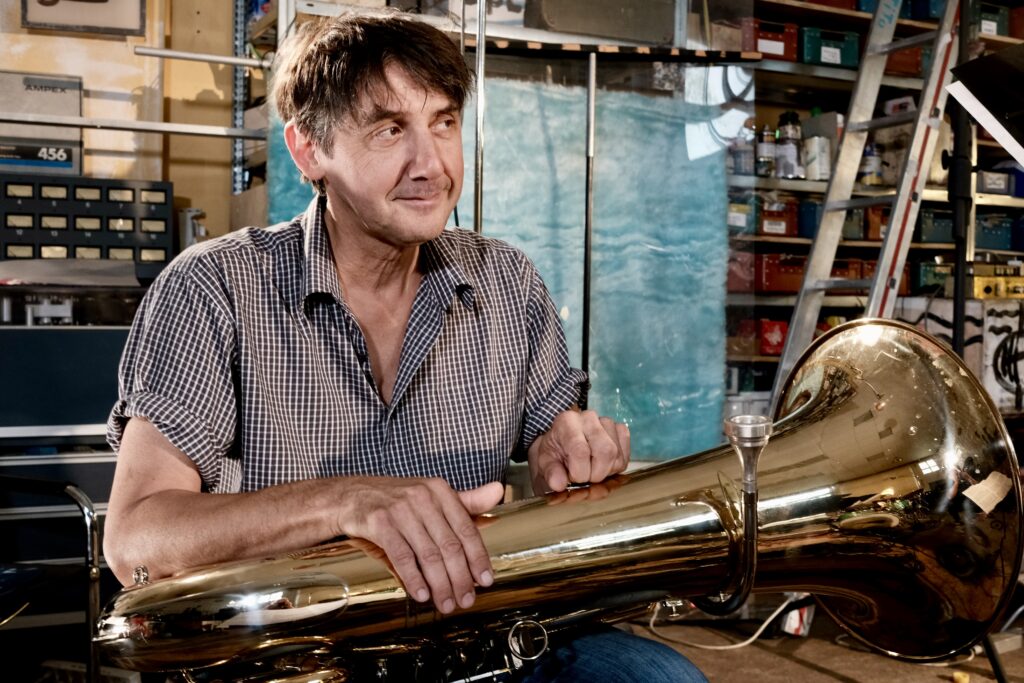 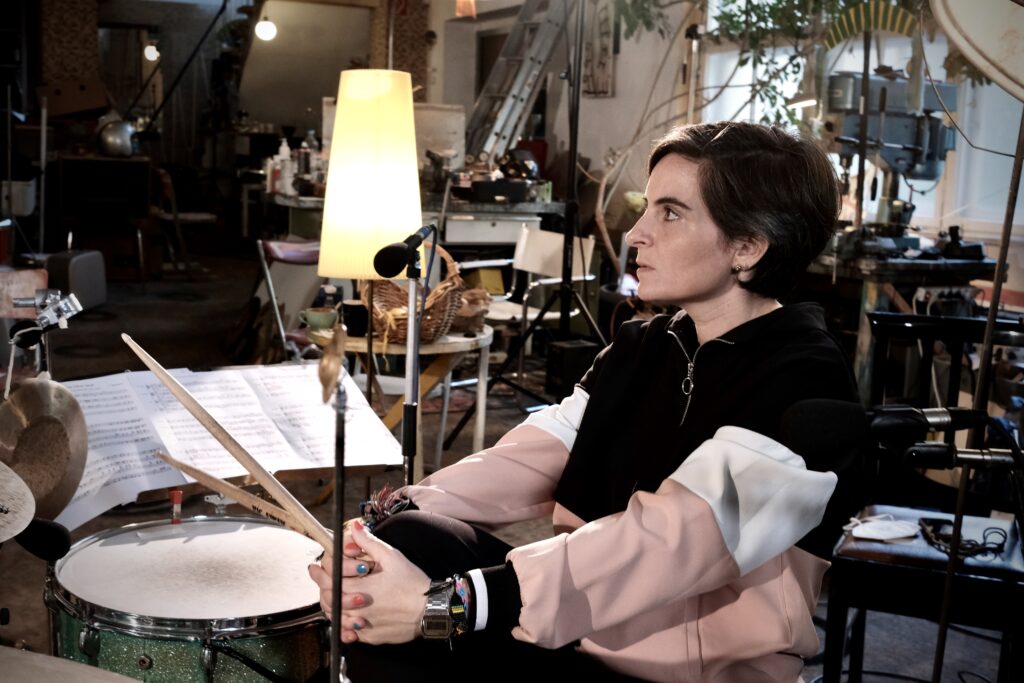 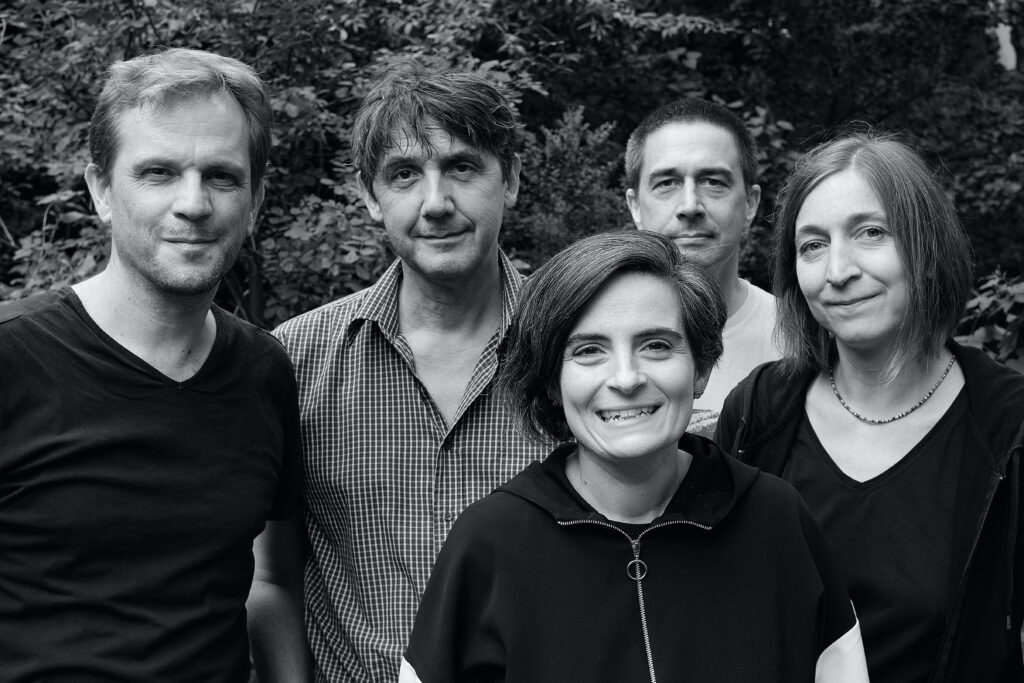 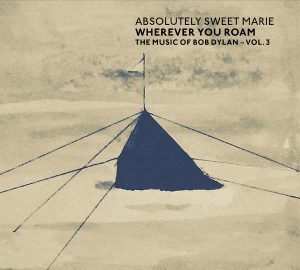 ABSOLUTELY SWEET MARIE
Wherever You Roam
THE MUSIC OF BOB DYLAN – VOL. 3 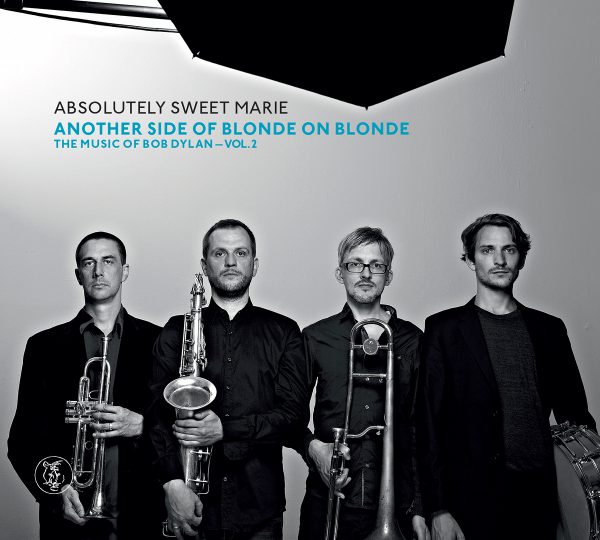 ABSOLUTELY SWEET MARIE
Another Side Of Blonde On Blonde
THE MUSIC OF BOB DYLAN – VOL. 2 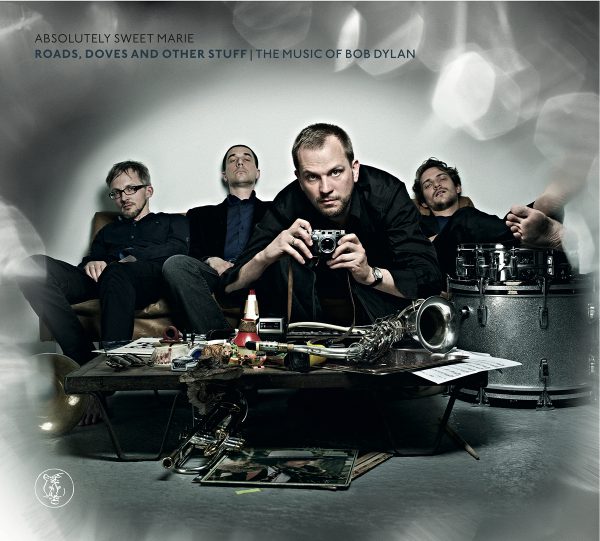 ABSOLUTELY SWEET MARIE
Roads, Doves And Other Stuff
THE MUSIC OF BOB DYLAN

The New York City Jazz Record – May 2021 – John Pietaro about “Wherever You Roam”
„The Berliners collectively known as Absolutely Sweet Marie, named for Bob Dylan’s song from the deliciously notorious Blonde on Blonde album, are at it again. Thankfully. The quartet, all devotees to Dylan, are free jazz musicians and thinkers who delight in reconstructing the melodies of the master folk poet, reimagining them within the scope of a unique lineup of brass, reeds and drums.“ read the whole review (page 18)

Jazzthing – September 2020 – Reinhard Köchl about “Wherever You Roam”
“The three wind instruments and the drums burrow through the branched, delicate arrangements like moles, layering polyphonic overlays on top of each other in brass-band style and allowing each other enough room for improvisation. Anyone who would have thought that the idea of tenor saxophonist Beierbach and his fellow players to build a monument to the master would eventually be exhausted is disappointed by “Wherever You Roam” in a pleasant way. Once again, four ardent Dylan fans put all their heart and soul and their creative potential into the project. The Nobel Prize is hardly ever awarded for this, but perhaps the long overdue attention.”
read the whole review

Jazzword – August 17, 2020 – Ken Waxman about “Wherever You Roam”
„Wherever You Roam is fascinating because it provides a window onto how some of Berlin’s most accomplished youngish improvisers can move familiar and unfamiliar songs into new areas as they change our perception of them.“  http://www.jazzword.com

Jazz ´n´ More – July 2020 – Angela Ballhorn about “Wherever You Roam”
“Three winds and a drummer – that’s all Beierbach needs to realize his Dylan arrangement, and the reinterpretation of Dylan’s work actually works without lyrics. … The brass sections act with pressure and wit and surprise with strange meter changes. … Beierbach has found his own approach to Dylan’s oeuvre.”

Neue Musikzeitung – July 2020 – Interview
Alexander Beierbach in an interview with Michael Scheiner about the new CD “Wherever You Roam”, the band’s approach to Dylan’s work and the current difficulties caused by the pandemic:
https://www.nmz.de/artikel/bob-dylan-ohne-text-total-schluessig

Frankfurter Rundschau – June 15, 2020 – Hans-Jürgen Linke about “Wherever You Roam”
“Every solo that is played here, every freewheeling processing of song material breathes a completely appropriate and never borrowed authenticity. It is precisely the polyphony in the approach, the meeting of determined appropriation and respectful homage, of textlessness and wit, of precision and playfulness, that increases the fun in the music.
The fact that “Wherever You Roam” is the quartet’s third Dylan album does not lead to an increasing smoothness, but to an ever more intense awareness in dealing with the material”.

Bad Alchemy – June 2020 – Rigobert Dittmann about “Wherever You Roam”
“With the jester’s freedom and musical genius to transform guitar music into brass music, in reflections of fragments, with improvised turns and daring new perspectives. “With God on Our Side” and empowered by Dylan’s motto “If dogs run free, then why not we”. …. If I wasn’t already a brass addict, I’d be hooked.”

Mitteldeutsche Zeitung – May 13, 2020 – Andreas Montag about “Wherever You Roam”
“… Which also speaks for this album: You will hear it several times, with growing pleasure. It is a work that pays homage to Dylan’s compositions in an independent and unconventional, musically convincing way. Very well done.”

Jazzthetik – Mai/Juni 2020 – Wolf Kampmann about „Wherever You Roam“
“Alternating between genuine marching band atmosphere and free jazz, they elicit a hymnic power from Dylan’s songs, which come from the most diverse creative phases, which is rarely brought out in this way. Without betraying the originals, they turn Dylan’s works into completely new pieces. … What Absolutely Sweet Marie are offering here is not only fun, but in no way requires you to know or even love the originals”.

Radio Bremen – April 2017 – Arne Schumacher about the concert in Leer
“It is impressive how the quartet always finds new ways to transform the character and spirit of the Dylan original, including texts, into a coherent instrumental jazz expression. High art of interpretation – which is also a pleasure to listen to!”

JazzWord / The WholeNote – September 2016 – Ken Waxman about “Another Side Of Blonde On Blonde”
“… ASM shows its skill by re-contextualizing the familiar themes to take on new resonance. …
… The crowning achievement is when the four inject a circus-like atmosphere into I Want You via yelping horn parts to make it swing in all senses. As notable and thorny as alloying steel, the anthemic Just Like a Woman is re-imagined with a horn trio, with Beierbach almost tying himself into knots as he improvises freely.” – http://jazzword.com

Jazzthetik – July/August 2016 – Angela Ballhorn about “Another Side Of Blonde On Blonde”.
“… the adaptations sound great… great arrangements, joy of playing and the necessary pinch of disrespect… crazy good and witty grooves.”

Jazzthing – June 2016 – Martin Laurentius about “Another Side Of Blonde On Blonde”
“How fruitful Dylan’s work can be for the four young jazz musicians was shown on the first CD Roads, Doves and Other Stuff. The fact that one can immerse oneself even more deeply in the creative cosmos of the American, that one can discover new facets that are worth working on, transforming and being reborn in a new form, is now shown by Another Side Of Blonde On Blonde.”

LongPlay – May 2016 – Robert Ratajczak about “Another Side Of Blonde On Blonde”
“The second album by Absolutely Sweet Marie is not only an interesting and original experiment, it’s also excellent music that both jazz lovers and Bob Dylan fans should reach for.”

Jazzthing – February 2016 – Wolf Kampmann about “Another Side Of Blonde On Blonde”
“Well, it’s always such a thing to translate Dylan into jazz, … But with more fun, humour and dedication than the four musicians have done, it is hardly possible to realize this ambitious task. …. It’s rousing, funny and never flat. A tribute worthy of the name.”

rbb-Kulturradio – April 2015 – by Ulf Drechsel
“Bob Dylan is one of the most sacred pillar saints in pop history. His songs have been worked on or “covered” by other musicians countless times. There are also jazzy versions of his compositions. But no other band finds an equally abstract, respectful and original approach like the unusually instrumented quartet from Berlin, named after a song from the 1966 Dylan album “Blonde on Blonde”.

Jazz ´n´ More – January 2015 – by Michel Estermann
” … Melody quotations and phrases are picked up and continued improvisational, so that the original material becomes independent compositions. The quartet creates a variety of timbres and grooves and with a lot of playfulness and free jazz approaches, new things come up. … a great pleasure to enjoy Bob Dylan this way. …”

Fidelity – January 2015 – by Hans Jürgen Schaal
” … Dylan’s songs mutate into unpredictable wind events, a wild mixture of march and waltz, cool jazz and blues, dixie and fanfare and with courageous excursions into free jazz improvisation. The quartet around the saxophonist Alexander Beierbach deliberately does this in a rough, sometimes subtle way, but always with its own individual touch. …”

taz – taz.plan – September 04, 2014 – by Tim Caspar Boehme
” … The quartet has found a way to translate Bob Dylan’s songs into jazz arrangements that will amaze you.”

Tune Doctor – Oktober 2014
“Who are Absolutely Sweet Marie? Well they are Four German musicians rooted in Jazz and transform Bob’s music with brilliant originality. A fusion of sounds and grooves, like nothing you have ever quite heard before.”

Cover “Wherever You Roam”